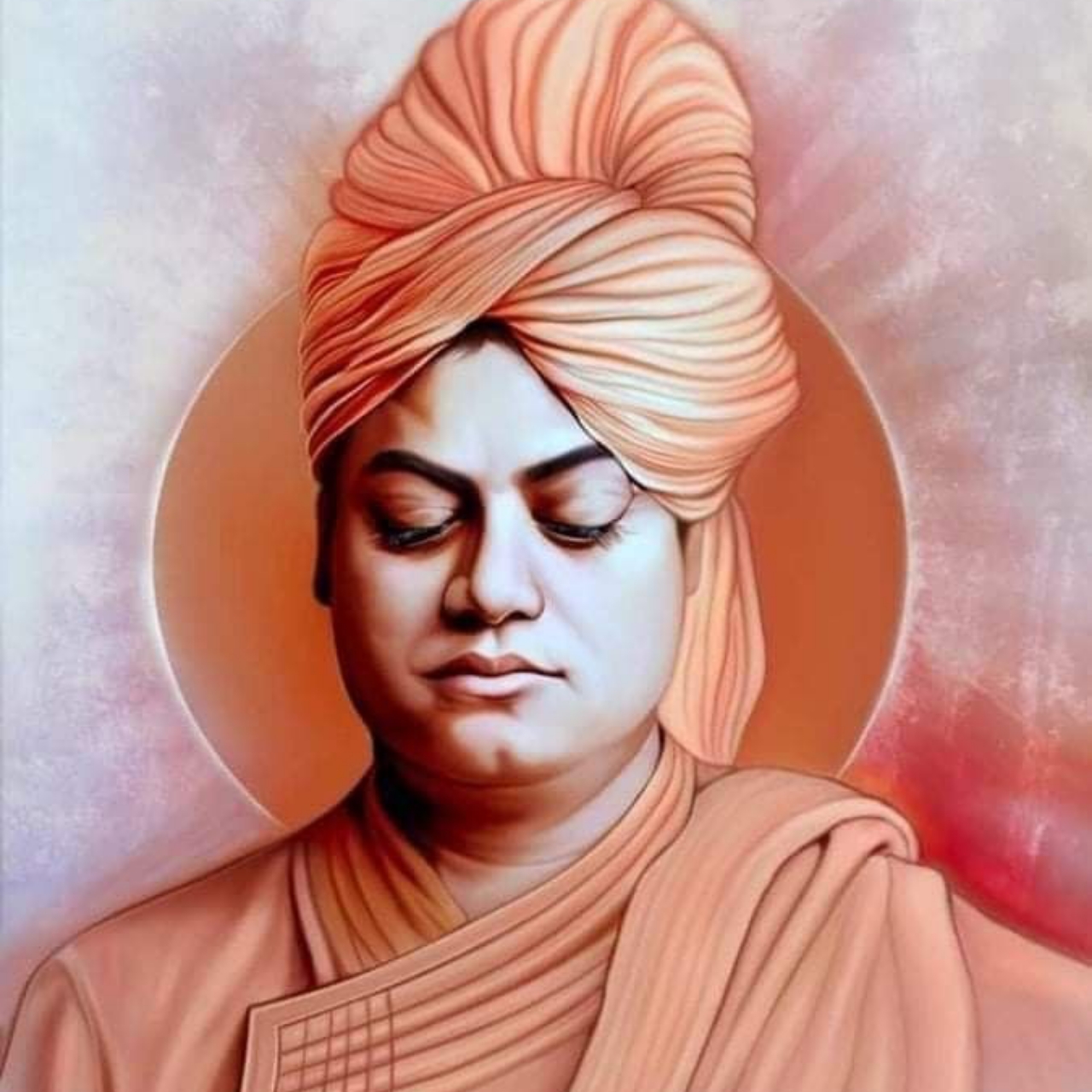 1.“Arise, awake and stop not till the goal is reached.” 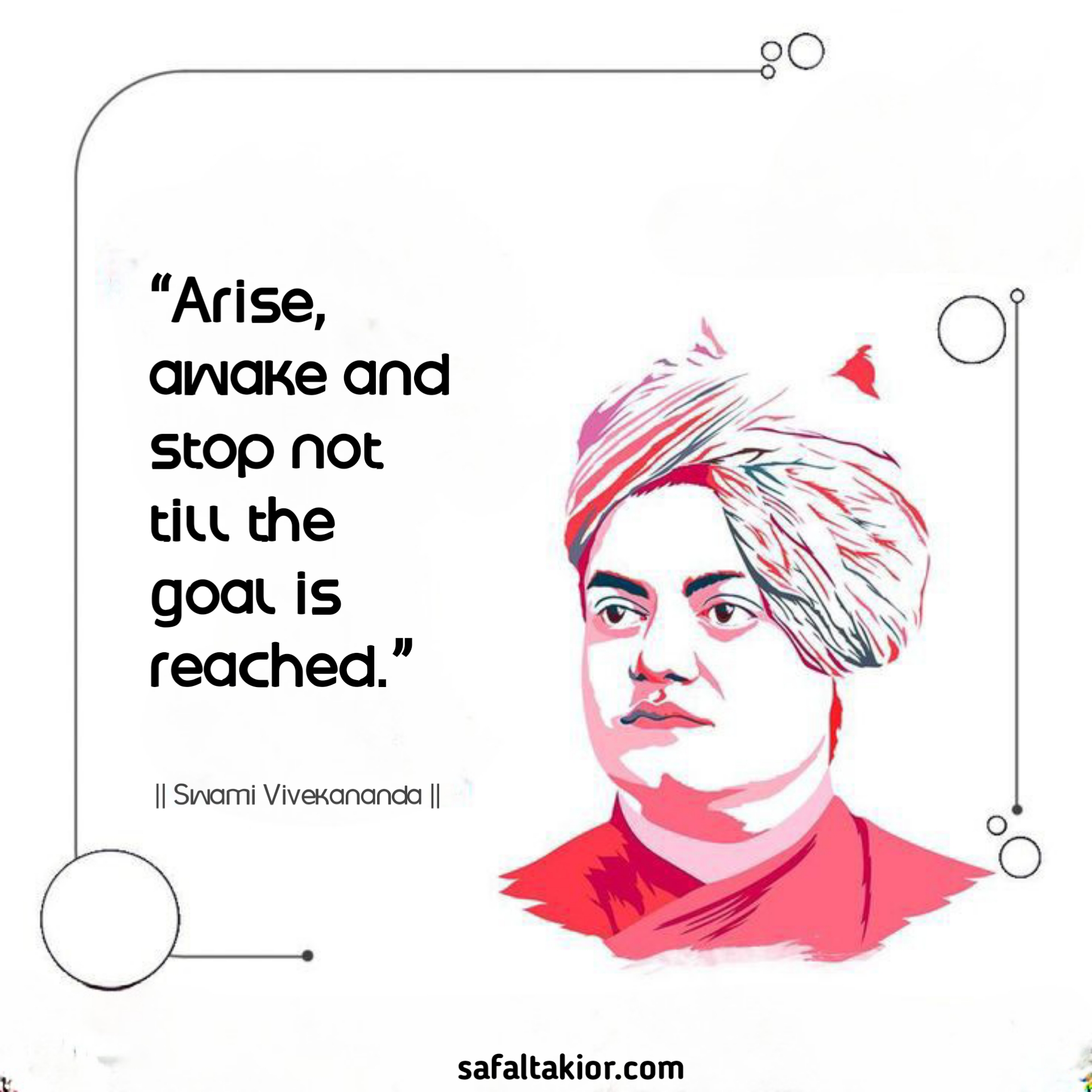 2. “Take up one idea. Make that one idea your life – think of it, dream of it, live on that idea. Let the brain, muscles, nerves, every part of your body, be full of that idea, and just leave every other idea alone. This is the way to success.” 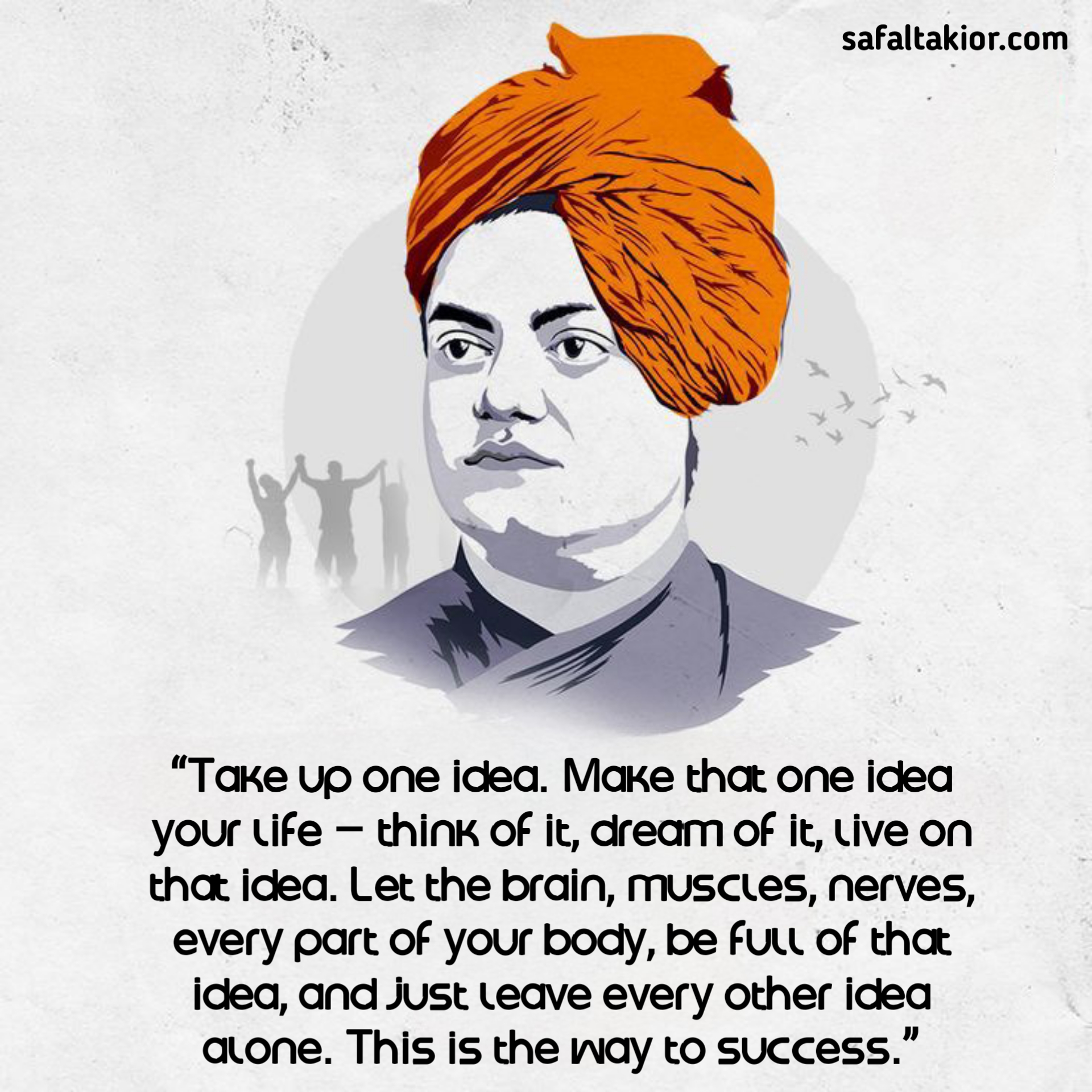 3. “The greatest sin is to think yourself weak.” 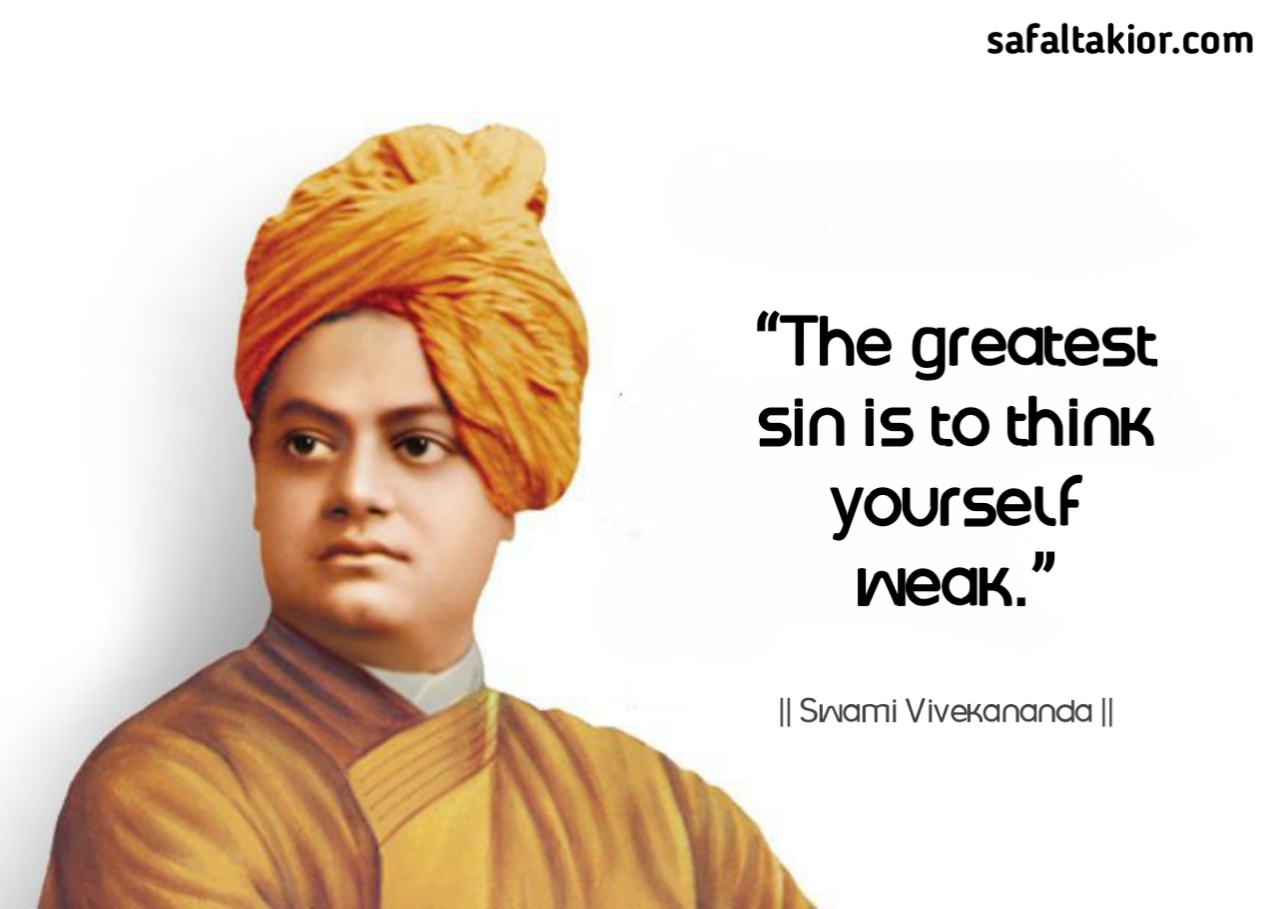 4. “We are what our thoughts have made us; so take care about what you think. Words are secondary. Thoughts live; they travel far.” 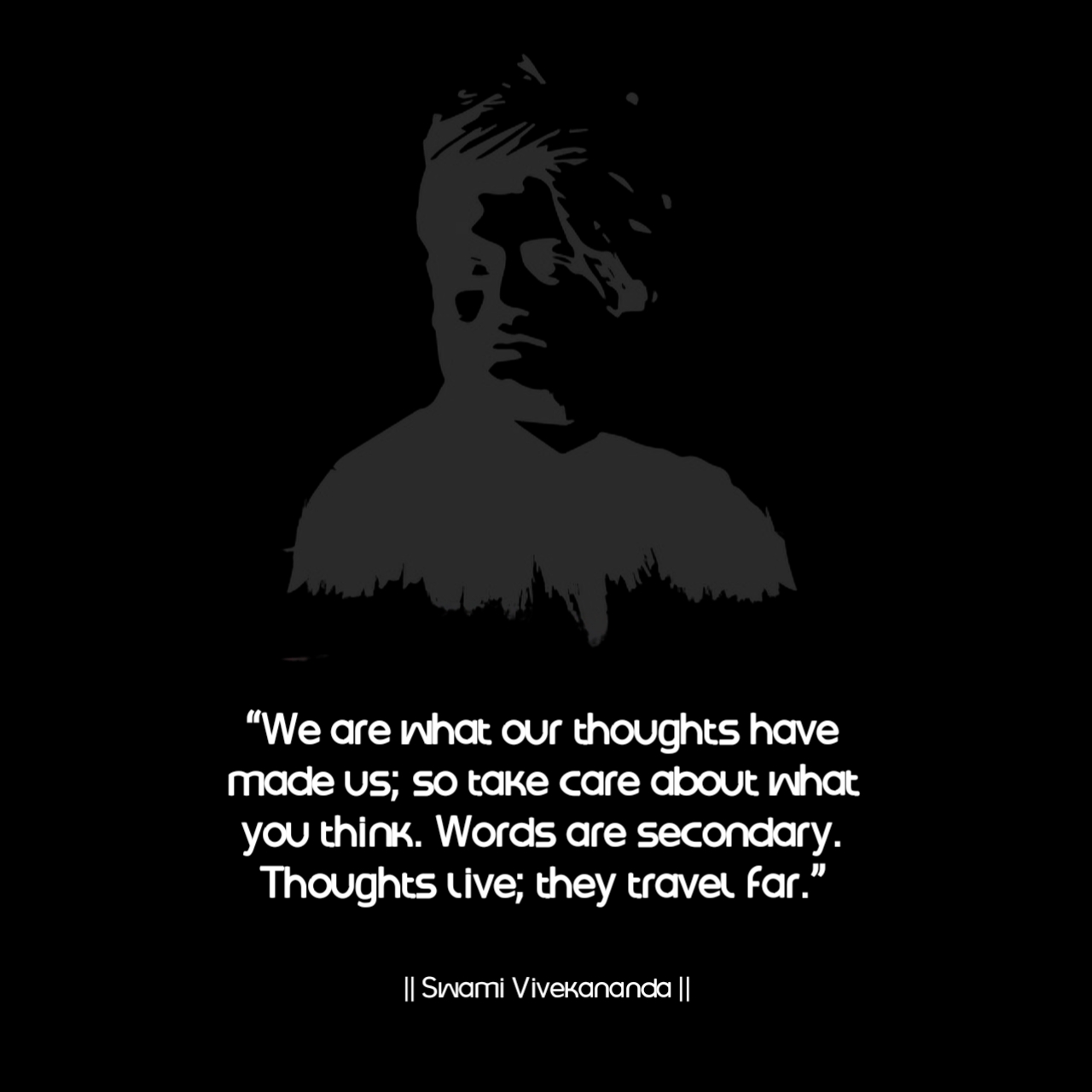 5. “Talk to yourself at least once in a day… otherwise you may miss meeting an excellent person in this world.” 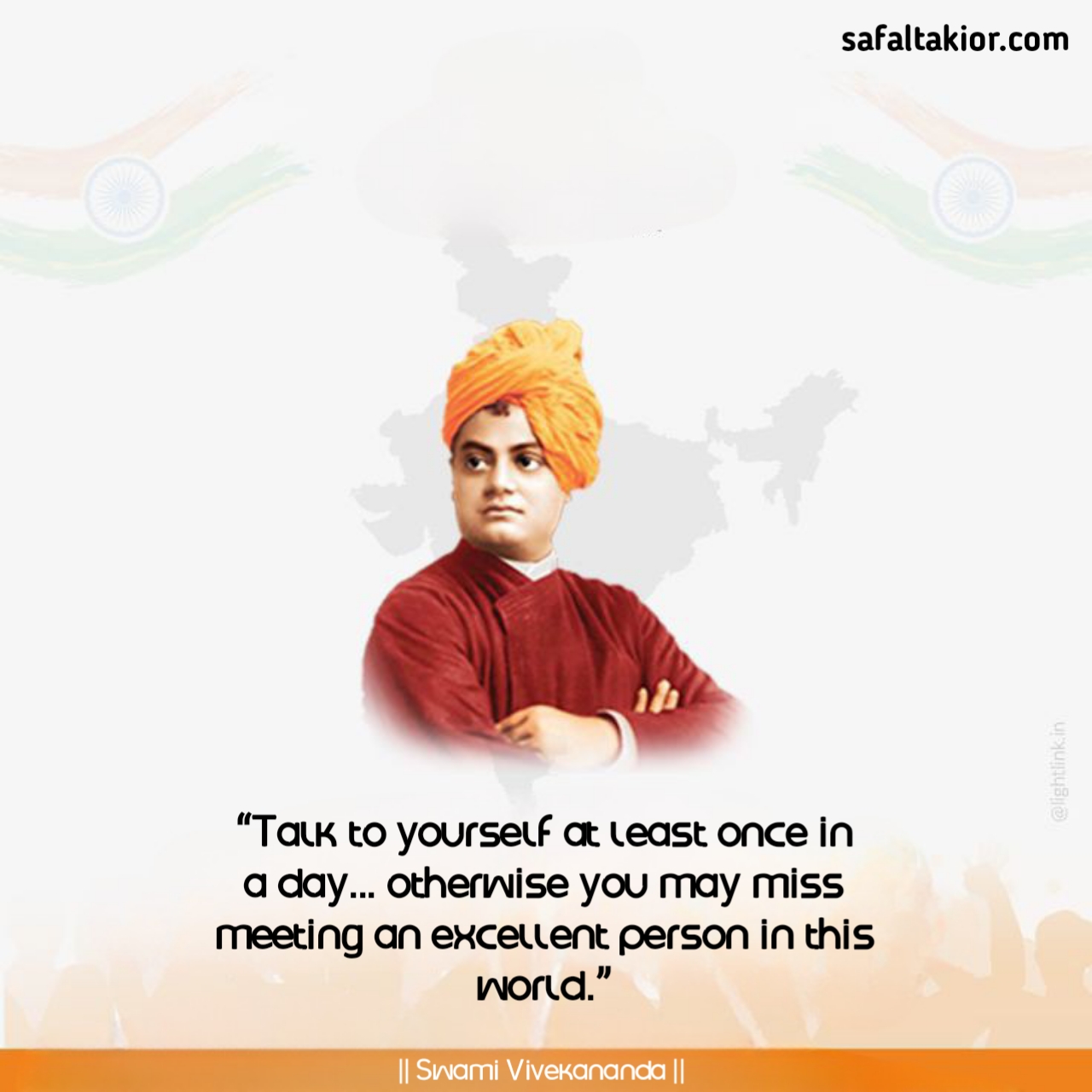 6. “The world is the great gymnasium where we come to make ourselves strong.” 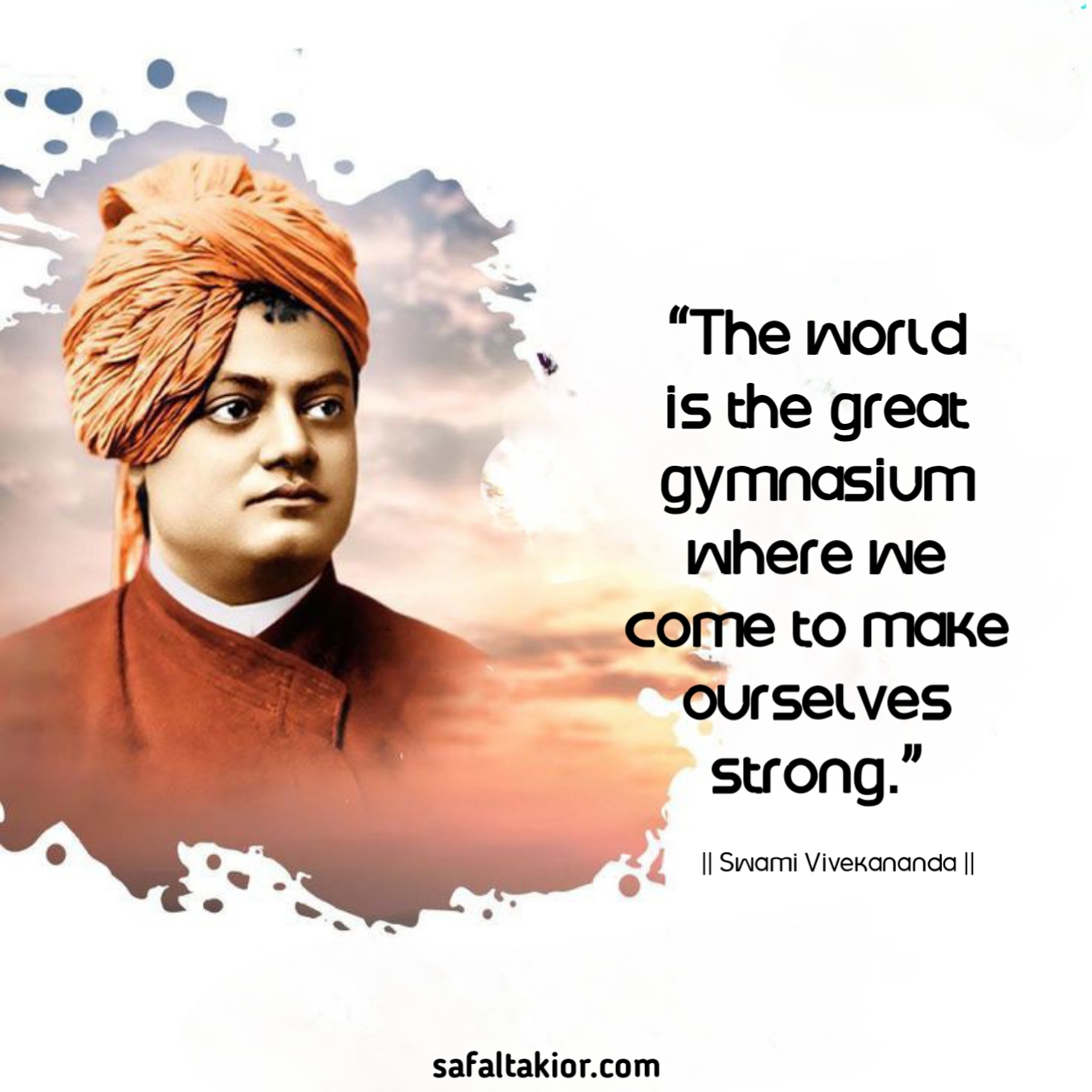 7. “The fire that kindles the lamp of knowledge within us is our own faith.” 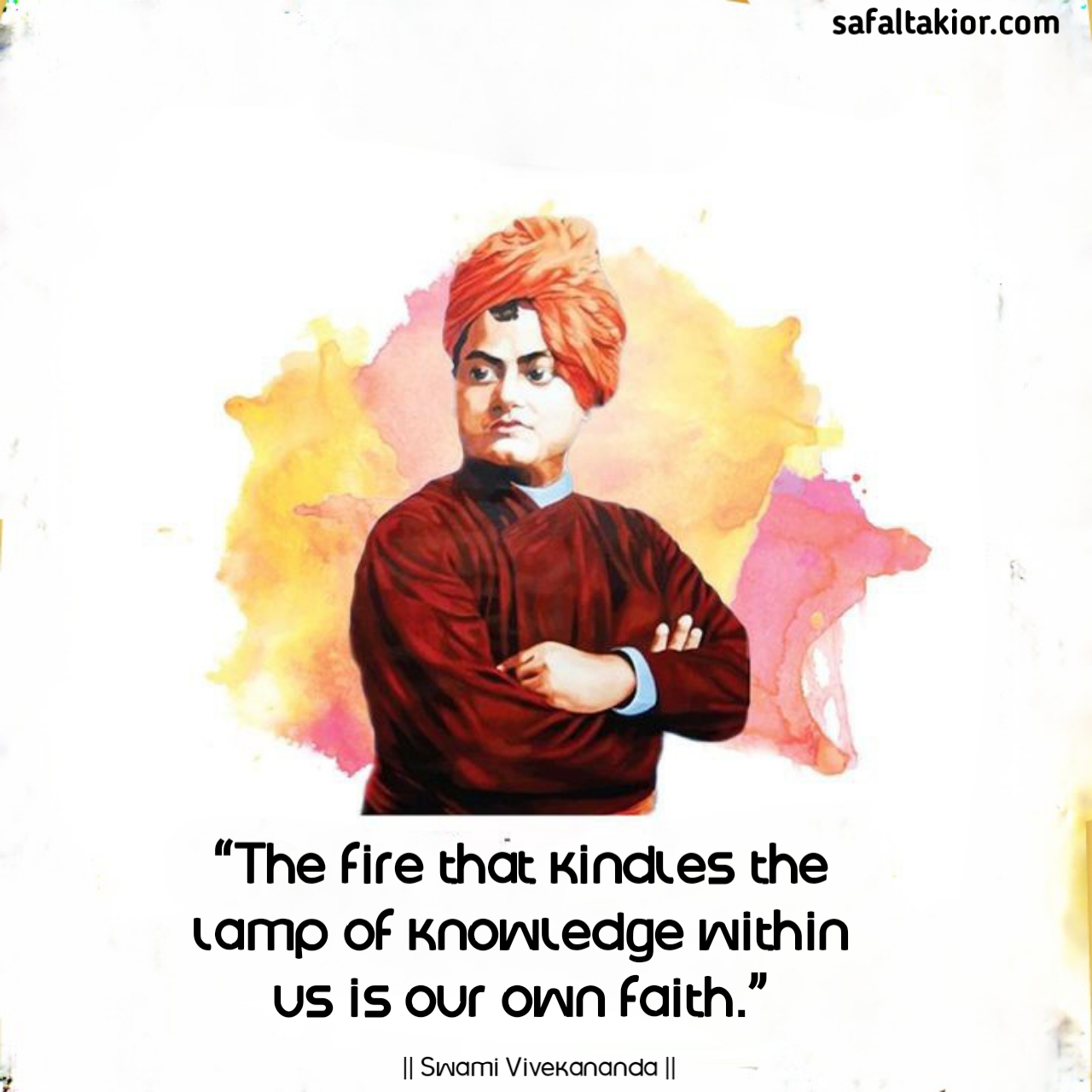 8. “In a conflict between the heart and the brain, follow your heart.” 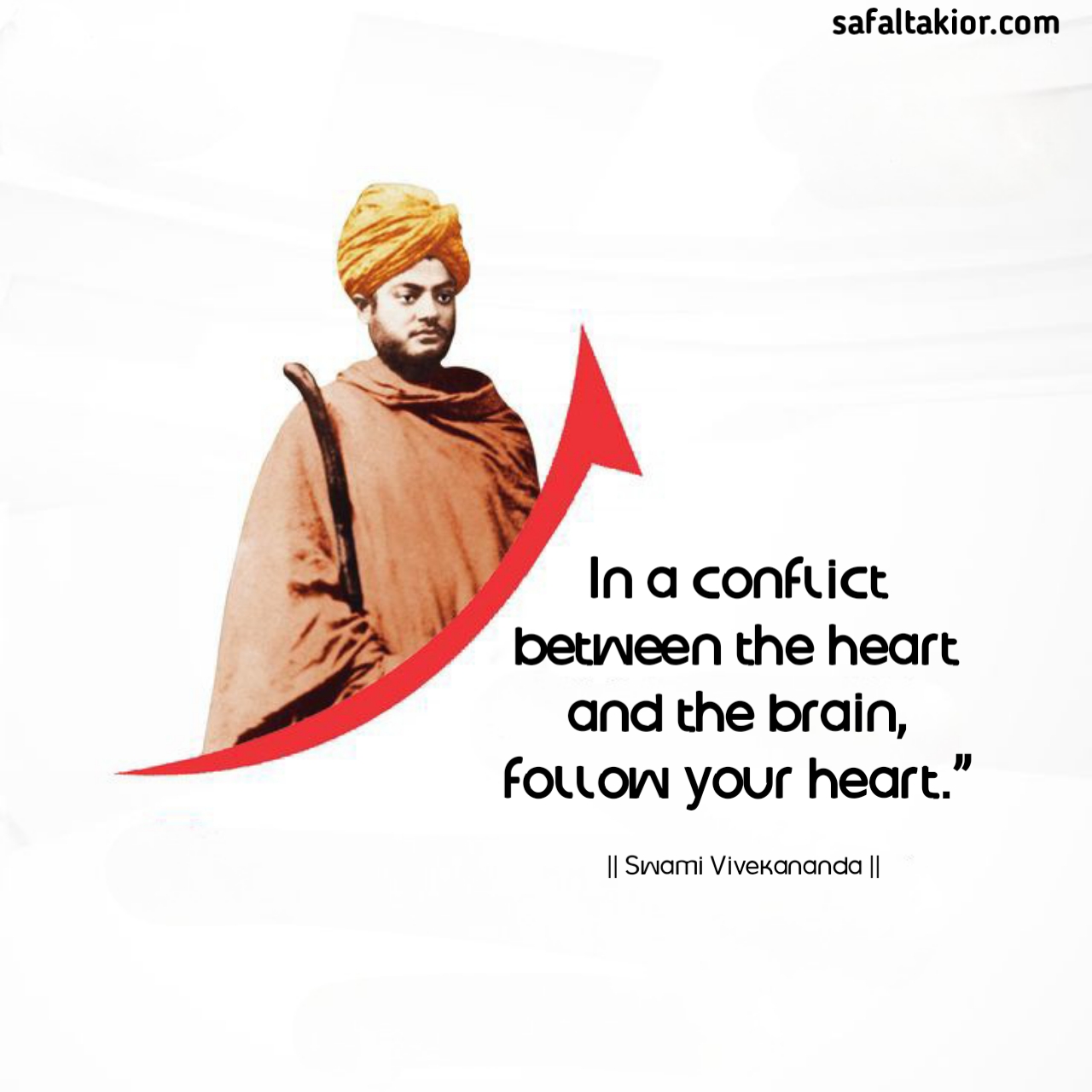 9. “Where can we go to find God if we cannot see Him in our own hearts and in every living being.” 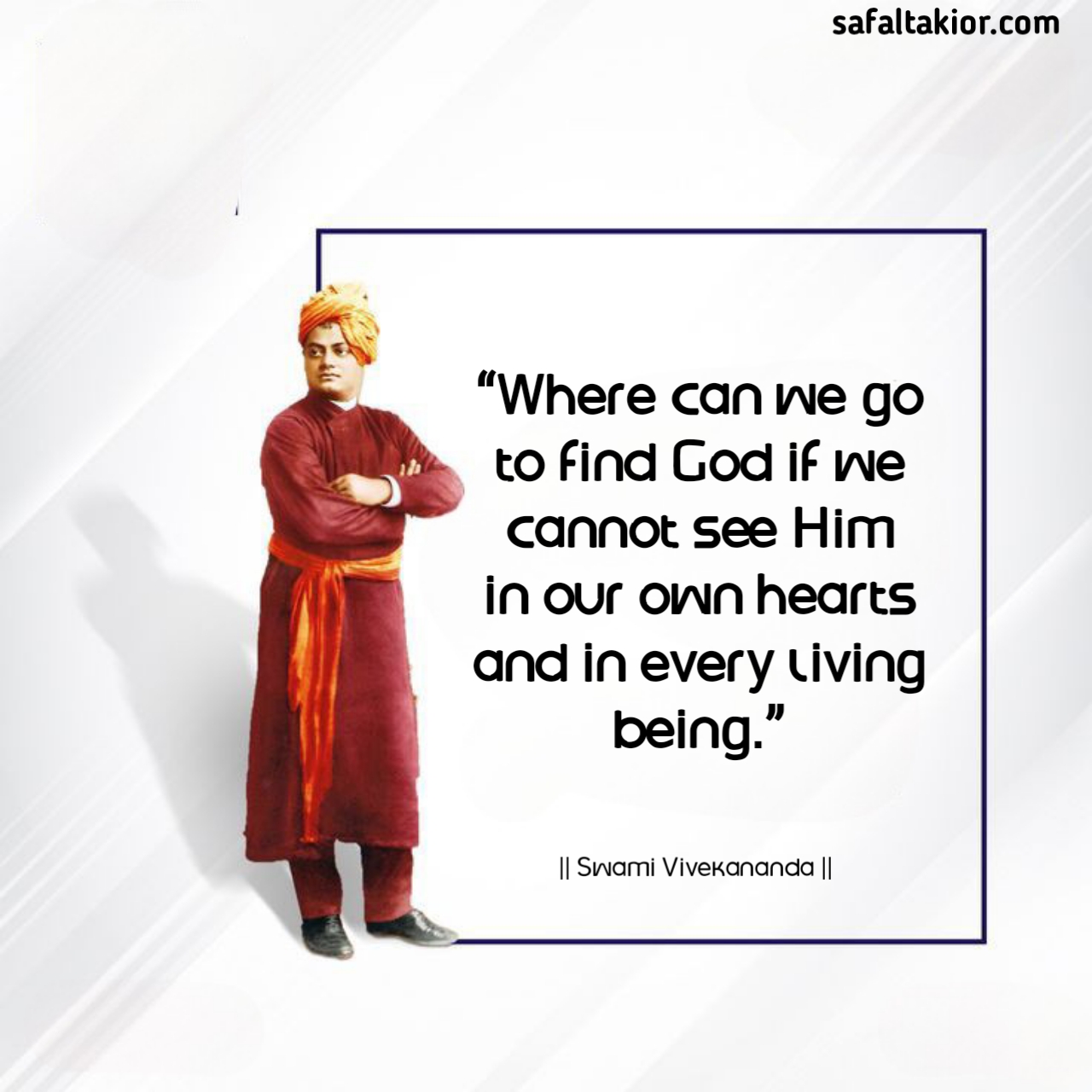 10. “All power is within you; you can do anything and everything.” 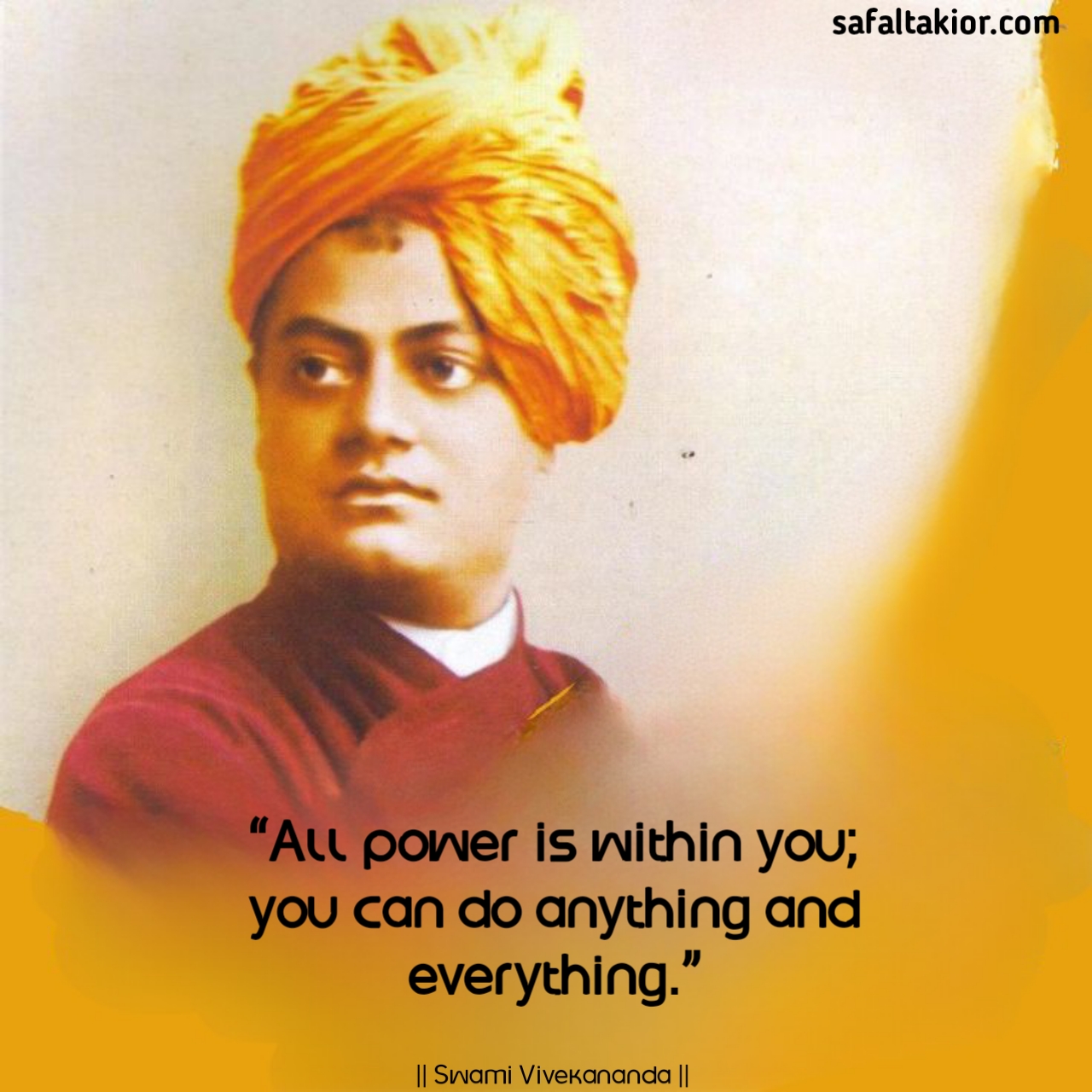