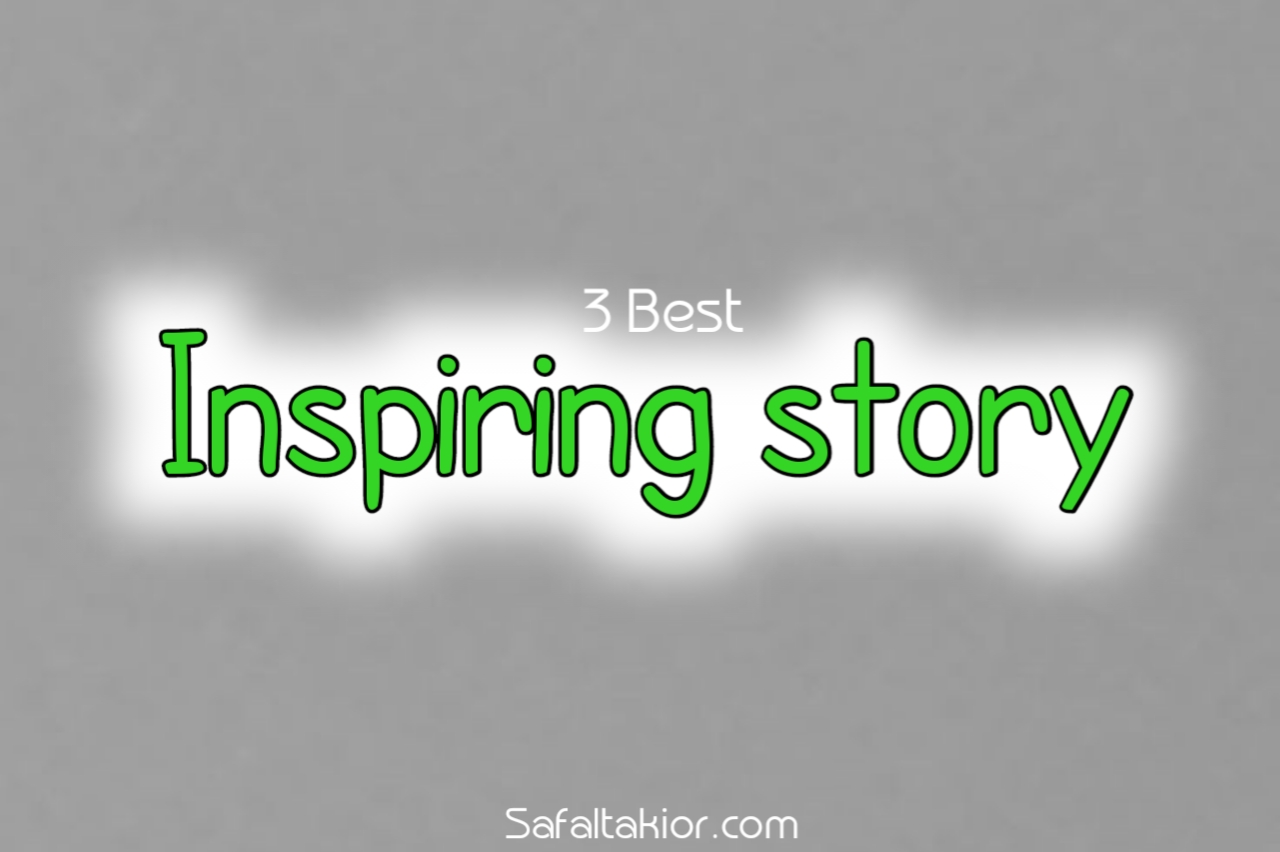 In the words of Anand Kumar of Super-3 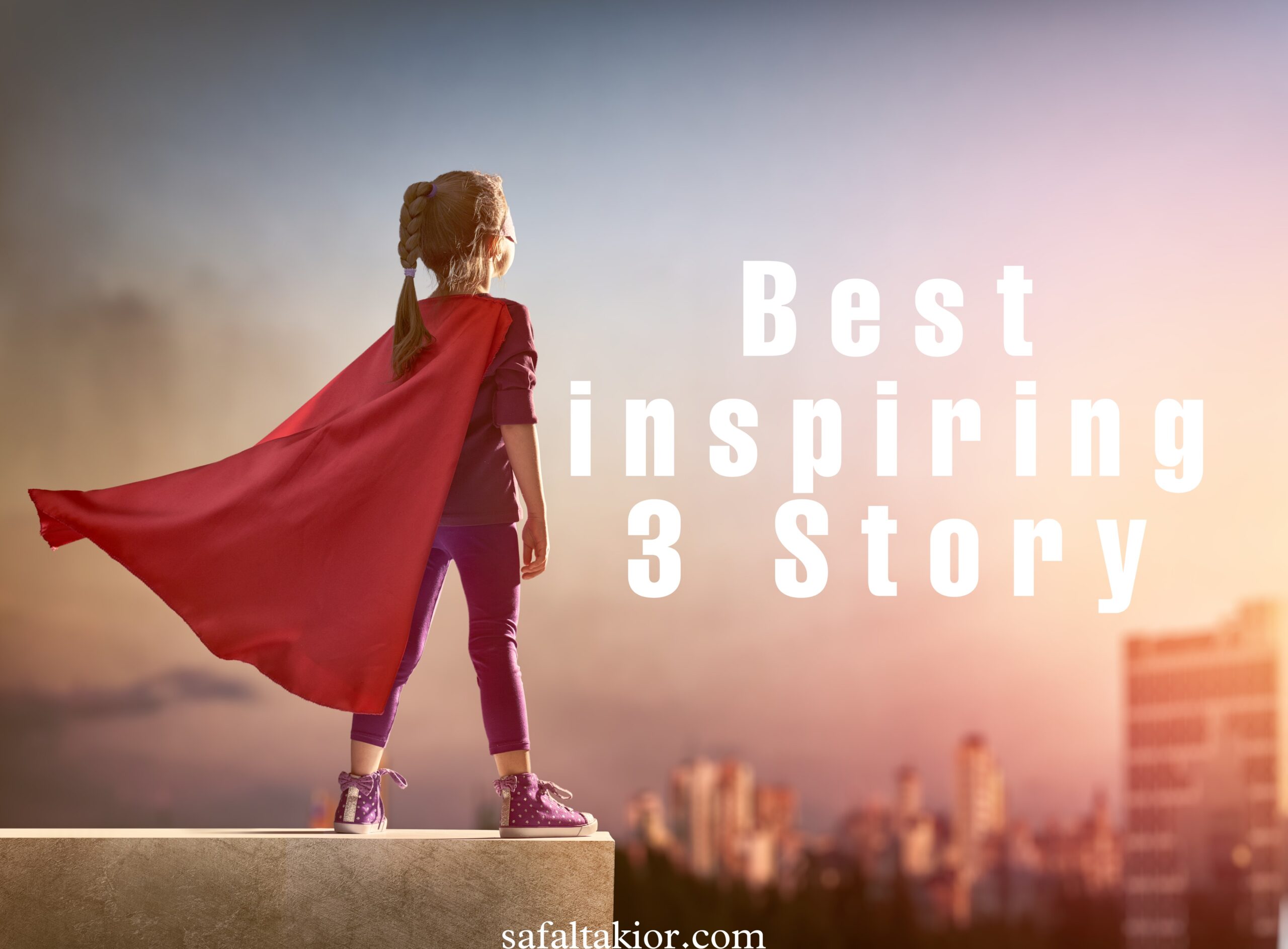 Inspiring story:  The struggle on which the film was made, premiered in France, got the post of engineer in a big company

This story from Varanasi. There is a girl named Nidhi Jha. Dada, a belligerent girl from a poor Brahmin family, used to sell namkeen on a bicycle. Father drives auto rickshaw. Uncle used to drive somewhere. Despite all these 15-18 hours of hard work, only a joint family of 12 members could be maintained. There was no place to live.

Being a Brahmin got a place in the courtyard of a temple. All the elders of the house wanted the children to do some respectable work by studying and writing. Nidhi is one of the four sisters.

Have a brother. The only dream in the eyes of father Sunil Jha was that children like him become a part of a happy world away from endless struggles. This was possible only through studies, but studies were not possible.

She joined Sanatan Dharma Inter College. Read from old books. When I passed tenth I felt that I had touched the sky. People coming to the temple would ask for a vow to become a doctor engineer for their children. When Nidhi saw this dream

settled in her eyes. Without any tuition and coaching, Nidhi would read for hours alone on the back of old books. Fill the application form for IIT entrance exam. Made preparations. But did not succeed. Cried a lot Under compulsion proceeded for B.Sc in government college. Heart was broken.

Nothing was certain. Somewhere I came to know about the program of Super 30 from the newspaper, then one day it stood in front of me.

She became a part of our team and my family. Calls my mother Grandma. Spent 14-16 hours in studies. Mother says, take some rest. Watch TV. She says no, grandma. There is life for both of these things. But learning can happen only now.

In those days, French filmmaker Pascal Plisson came to Patna. Meet the kids of Super 30. He had to make a film on a story in which there is a relentless struggle. Have dedication. He saw this in the character of Nidhi. The sweaty father driving the

rickshaw, the grandfather selling snacks on the cycle and the uncle working as a driver were always in his mind. The shooting of the film went on for 20 days. Nidhi gave IIT exam. The day the result of Nidhi came, his family was gathered with us. All eyes were on the result of the fund. She was

successful. There had never been so much happiness on the face of every member of Sunil Jha’s family. Now Pascal had taken the responsibility of expenses for further

studies. Nidhi got admission in Indian Institute of Mining Dhanbad. The film on Nidhi premiered in France in 2015. Then along with Nidhi and her family,

I was invited to Paris along with my younger brother Pranav as a special guest. Today Nidhi is working as an engineer in a very big company.

In the words of Anand Kumar of Super-30

Got taunted, lost even one eye sight, but did not lose courage, became an engineer after getting admission in IIT Roorkee

The story of Radheshyam of Kusmaur village in Basti district of Uttar Pradesh can be a lesson for lakhs of youths who go through financial constraints to achieve greater goals. Imagine,

this boy’s father used to work in Surat. Two children with the mother used to make a living in the village just like that. Suddenly father lost his job. They returned to the

Must have been 8-9 years old. He was going to school with his brother. suddenly stumbled. Fell on his face. A sharp wood hit one eye. Doctors advised to take it to Allahabad. But there was no money. After all it was too late. Radheshyam’s left eye kept losing light.

He states that reading became difficult. How much emphasis on one eye? But got used to it. Other children of that age used to go outside the village in search of work. It was a very difficult time for him. A teacher’s attention was drawn to this child, whose dedication was worth seeing. He brought old books and gave them.

Encouraged. But the ridiculers were no less. Since Radheshyam used to sing well, it was the advice of such people that he should earn his livelihood by singing in the train.

Don’t waste time studying. He would never be disappointed. Never cry Sometimes he would quietly wait for his good times and work hard. Uttar Pradesh Board 2012 results out. He had passed tenth. There was no one to tell what to do next. Brother questioned some people. Someone told engineering studies better.

Now Radheshyam started making efforts for admission in engineering along with class XII. The ridiculers left no stone unturned. Everyone used to follow him together. Say, will you become an engineer? Instead of answering Radheshyam remained silent. Worked quietly. But what if everything was easy? Radheshyam failed. This was the time when he was badly broken.

Now there was nothing to see except darkness. He wept bitterly. It is only when the darkness is so deep that a ray of light bursts somewhere. At the same time someone mentioned Super 30 to him. He was happy and came to Patna. He joined our team. Whenever I used to explain a formula in class, I would ask him in the middle, Radheshyam tell the truth. If I don’t understand then tell me again?

The answer to that promising child would have been, Sir, not only did I understand, but I have also solved all the questions given by you with this formula. When everyone got tired of reading late at night, Radheshyam would dissolve the nectar of hymns in a melodious voice. With new energy, all the children would start

studying again. When I went for the entrance exam in IIT, only I saw the glow on his face. He had taken this test like a war in which he had to go to win. The results of the 2014 entrance examination came the same, for which Radheshyam had united day and night. Radheshyam after completing his studies in Electrical Engineering from IIT Roorkee is working in a very big company today.

In the words of Anand Kumar of Super-30

Father did not even have money to enroll in school, son became scientist in ISRO

Dreams do come true one day. Yes, sometimes it can take a little longer. All that is needed is that you stick to your mission with full confidence. Prabhat Pandey also dreamed at a very young age.

To become a scientist, to do something new for his country, but due to poverty, his father Mithilesh Pandey was sometimes afraid of breaking his son’s dream. He too once dreamed of becoming a big officer. His family lived in a very small village in

Ambedkar Nagar district of Uttar Pradesh, where his father used to get worship done. There was no solid source of income. Studied on my own. Mithilesh Pandey could not become an officer, but he certainly

became a good scholar of Sanskrit. Started the work of teaching some children in the village itself. A few days later the marriage took place and then four children were also born. He started teaching the children

himself. Son Prabhat was very smart in reading. He was very hardworking too. He used to make some science related models. There was a small private school next to the village. Prabhat wanted to study there but, there was no money for the fees.

That’s why Prabhat’s entire education was done from the government school itself.

Now Prabhat had reached high school. Father did not have enough money to teach him science subjects. His desire was to have a great knowledge of mathematics and science. There was no help from anywhere, but there was tremendous enthusiasm in

the morning. It was on the basis of self-study that he passed the board examination with such good marks that he became famous in his nearby village.

The father knew that Prabhat wanted to become a scientist, so he wanted the son to study from IIT. He also interacted with many of his relatives. Everyone advised Prabhat to send him to Kota. Mithilesh Pandey was definitely poor but, he was also very self-respecting.

He never raised his hand in front of anyone. During this, he was thinking about the money jugaad that someone told him about Super 30. They came to me in Patna with Prabhat. He also had a sweet box in his hand. I took a test and found that Prabhat is really good at reading and also very combative. Behaviorally,

Soumya Prabhat got along well with the kids of Super 30 as well as my family members. He was very happy on the result day. His name was there in the IIT result but, he was not getting the branch he wanted to take.

So he went to NIT with the idea of ​​becoming a scientist. He worked hard there and when he got a job, he again came to Patna to meet me with his father with sweets, but he wanted to become a scientist. So he worked hard wherever he was. Meanwhile, he got selected in ISRO. Eventually Prabhat found the place of his dreams.